Alice laughed. “There’s no use in trying,” she said. “One can’t believe in impossible things.”
“I daresay you haven’t had enough practice,” said the Queen. “When I was younger, I always did it for half an hour a day. Why, sometimes I believed in as many as six impossible things before breakfast.”
~Lewis Carroll, Alice in Wonderland
I daresay that as I sat down to write my resolutions for 2011, had I known what else lay in front of me I too would have said “Impossible!” But, like the Queen, I try to believe in the impossible, because it is in those moments that true magic exists. Impossible moments like getting engaged beneath the northern lights in Alaska on a night illuminated by the largest full moon in 28 years. Or taking some incredible trips to New York, Hawaii, Alaska and Utah. Or writing a weekly column in Noozhawk.com, an online Santa Barbara newspaper, interviewing Catalyst for Thought speakers, as well as writing wine articles for Wine Country This Month and Touring and Tasting magazines. Or meeting 2 of the 3 people I’d like to meet before I die (Neil Gaiman and Steve Martin…I’m still working on J. K. Rowling).
And you know, the funny thing is that as long as I’ve been dreaming and wondering when I might get engaged or when my writing career would start, looking back on the year I can clearly see that I’m already there. So why was this past year different? Because instead of hoping and wishing that maybe, just maybe…I instead believed that in fact, these dreams will come true.
Neil Gaiman wrote on his blog for his New Year’s post:
May your coming year be filled with magic and dreams and good madness. I hope you read some fine books and kiss someone who thinks you’re wonderful, and don’t forget to make some art — write or draw or build or sing or live as only you can. And I hope, somewhere in the next year, you surprise yourself.
To me, 2011 was a year filled with magic and dreams and good madness. And I did indeed surprise myself. Although I’m in a far different place as I head into 2012 than I could have imagined, I’m happy to say that it’s actually better than I could have dreamed.
So thank you to everyone for all your support, and as I look forward to continuing to grow and dream and surprise myself, most of all I hope that all of us take the time to believe in impossible things.
Here are a few of my favorite pictures from 2011…enjoy and Happy New Year! 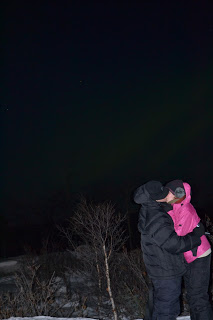 Matt and I in Fairbanks, Alaska just moments after he proposed (it was -30 degrees F!) 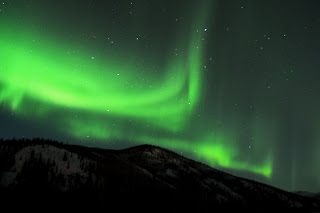 A spectacular display of the Aurora Borealis. The lights are rated on a scale from 0-10, 0 being a faint glimmer and 10 being a mind-blowing display; they said this was a 1, but to me it felt like a 10! 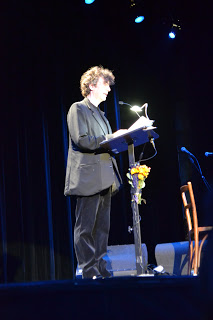 Neil Gaiman reading a short story on Halloween at the Wilshire Ebell Theatre in Los Angeles. He performed with his wife, musician Amanda Palmer.

Steve Martin and I after his banjo performance with the Steep Canyon Rangers at the Granada Theatre in Santa Barbara. 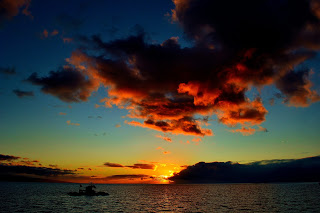 A beautiful Maui sunset on our first night on the island. Matt and I attended our good friends, Kate and Blake’s sunrise wedding on the top of Haleakala 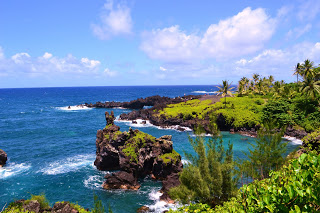 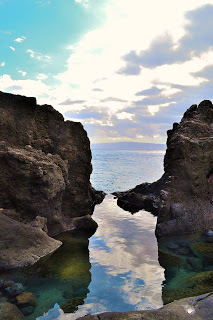 Exploring the tide pools in the lava fields on Maui

Matt swimming with the turtles in Maui 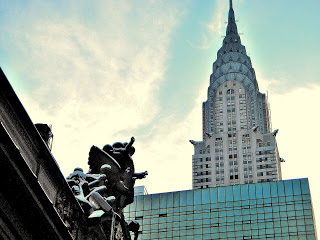 In January 2011, I attended the Society of Children’s Writers and Illustrators (SCBWI) Writer’s Conference in New York. Matt came with me and we had an amazing time exploring the city, however one of our favorite buildings was the Chrysler Building.