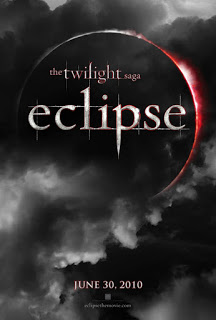 I’m sorry for the title of this post, but I couldn’t help it…for some reason I could not get the Bonnie Taylor song out of my head as I was writing this, and it was too cheesy to pass up. Yet I digress…

Now let me first admit that when the Twilight series first came out, I wanted nothing to do with it. I thought the whole series sounded completely cheesy (like my blog title), and several friends whose literary taste I trust greatly had quickly sworn of all things related to Twilight and Stephanie Meier; and so I did too.

But time passed, and they began to make movies about these books, which had by this time become a global phenomenon. It seemed that almost everyone around me fallen under the Twilight spell, and when I found out that some of my guy friends had also read (and liked!) the series, I knew I had to read them myself to see what all this fuss was about. And so I did.

My initial impression: what is all the fuss about? I didn’t love them the way everyone else did…I actually found myself wishing the narrator would follow one of the more interesting characters (like Jacob or any member of the Cullen family), because I found Bella to be insufferably melodramatic and quite annoying in her whiny persistence to become a vampire. I also found Meier’s writing to be average, and some of her passages to be a bit long-winded.

I read through the entire series in less than a week and did find that I enjoyed myself despite the aforementioned complaints. Regardless of my dislike for Bella, I found Jacob and Edward to be interesting points of tension and enjoyed the vampire/werewolf history of hating each other, only to have them eventually join forces for some epic battle scenes.

I’ll also admit that I was at the midnight release of Eclipse earlier this week, and was just as excited as the hundreds of other fans (note: I was also at the midnight release of New Moon). What can I say? I love being amongst the throngs of excited fans, hearing their collective “oohs” and “ahs” when a half naked werewolf or sultry, sullen Edward comes on screen (let’s be honest, those werewolves’ bronze bodies trump the pale vampires’ any day!) 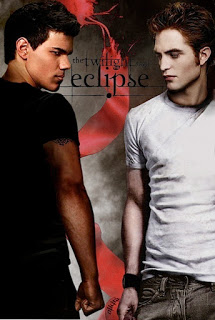 “How did I get to this point?”, you might ask; from wanting nothing to do with the series to staying up til all hours of the night to watch the movie premier? It actually took a little help from my friend and  Joseph Campbell, to help me understand what all the fuss might in fact be about.

After reading all the books I had a conversation with one of my girlfriends about my dislike for Bella and how I found myself unable to relate to her character.

“How can you not like Bella and Edward together?” my friend asked, incredulously.
“I think what they’re experiencing is more of an unhealthy obsession with each other,” I answered, simply.
“But haven’t you ever been in love?”
“Of course! I’m in love right now, with Matt.” Silly question, I thought.
“Then how is it that you don’t understand the love they share? The earth-shattering, soul-changing love that so consumes you that your heart feels physical pain when the other is away?”
“I never saw it that way. They’re just an angsty teenage couple, except one happens to be a vampire that sparkles.”
She rolled her eyes at me. “Then look deeper.”

So I did. This conversation took place a while ago, before the first movie came out, and at the time I was reading Joseph Campbell’s “The Power of Myth“. This book is a transcript of Bill Moyer’s conversation with Campbell about mythology and its, well, power. In one section they discuss love and relationships, and I found his thoughts to be especially revelatory to the power behind Edward and Bella’s relationship in Twilight.

Let’s start with Edward. What is it about this vampire that has millions of girls swooning? Campbell says: “what we call monsters can be experienced as sublime. They represent powers too vast for the normal forms of life to contain them. An immense expanse of space is sublime.” It’s true that vampires especially, have held a certain (sex) appeal over time. Even Bram Stoker’s “Dracula” is a sensually charged story. It’s no different in Twilight, with Edward’s superhuman speed, strength and everlasting life enabling him to become an embodiment of the sublime; his existence is frightening to the point of spellbinding, and if the books’ popularity is at all indicative, Bella is not the only one who is drawn to him.

Campbell goes on to discuss our attraction to the monster, this “other”, in saying that “when the center of the heart is touched, and a sense of compassion awakened with another person or creature, and you realize that you and that other are in some sense creatures of one life in being, a whole new stage of life in the spirit opens out.” When Bella and Edward first meet in “Twilight”, their attraction to each other is something completely out of their control; as my friend put it, they experienced an earth-shattering, soul-changing love for the “other”. From that moment on they are one, even when Edward leaves in “New Moon”, Bella is so connected to him that she is in physical agony in his absence, and throughout all of “Eclipse” they are practically glued at the hip after his return.

This was the point when I originally felt Bella was being her most over-dramatic, but when I put myself in her place, I realized that I too would be in agony if Matt were to suddenly leave my life. Suddenly Bella’s plight no longer seemed juvenile, but very real and very painful. “The wound is the wound of my passion and the agony of my love for this creature. The only one who can heal me is the one who delivered the blow,” said Campbell.

After viewing the Twilight series through Campbell’s mythological lens, I’ll admit that that was the moment I became a fan. Sure there are still some cheesy points, but at the center of it all is a love story, and great love such as this often comes at great cost. “Love is the burning point of life, and since all life is sorrowful, so is love. The stronger the love, the more the pain. But love bears all things; love itself is a pain, you might say-the pain of being truly alive,” said Campbell.

I understand the irony of this quote in light of the fact that one of our two lovers is the undead, however I do feel that the same principle applies. This “painful love” is worth seeking, and I believe that Meier has tapped into our desires for that same love in our own lives. This is why there are millions of Twi-hard fans all over the world, excitedly sharing in that powerful, life-giving love that makes us feel whole.