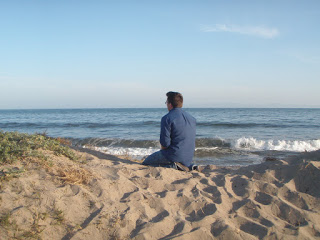 As a child, one of my favorite games to play was hide and seek. I loved the thrill of being the seeker-of having that keen eye and searching out my hidden comrades, and when I finally did find them, laughing excitedly at my discovery. But I also loved being the hidden one-finding a spot where I could still see the seeker, and being able to keep my eye on them without them noticing.

It hit me this weekend that whether we realize it or not, as adults we never stray too far from such childish games. Even as adults we are thrilled at being sought out-of being found-whether it be in a relationship, or by a friend or family member. We like to be sought, and in that same respect, we enjoy doing the seeking-of finding that special someone in the world who makes us feel more complete than we ever imagined possible. Perhaps as we grow older, we don’t shirk childish games as much as we think we do.

On Saturday, I witnessed two very important ceremonies: Matt’s graduation from UCSB, and my college roommate Melanie’s marriage to her lifelong sweetheart Tim. Two rites of passage that involved walking down an aisle and into a new stage in life; three searching souls who found what they were looking for.

Matt spent the last nine years, and countless hours working and studying to achieve his dream of attaining a Bachelors of Science in Biology from UCSB-making him the first person in his entire family to earn a college degree. His entire family came into town to celebrate this momentous occasion, and they even surprised Matt by picking him up at school in a limo after his last final! At his graduation ceremony, there were about 30 people who came out to show their support-friends and family from near and far; they were all there for him. And as the ceremony went on and the students walked down the aisle and into their seats, 30 pairs of eyes eagerly scanned the crowd trying to find Matt; hoping to seek him out of the hundreds of other black-gowned graduates.

And when they did find him, the pride in their eyes and the joy in their smiles was so strong that in those brief glances, many tears of happiness were shed, and great cheers went up when he finally made his way across the stage. I felt so honored to be able to share in the love and happiness of this moment, for both Matt as well as his family. After all those years of seeking his dream, with his family and friends watching and encouraging him in his pursuit, Matt finally found his dream fulfilled. 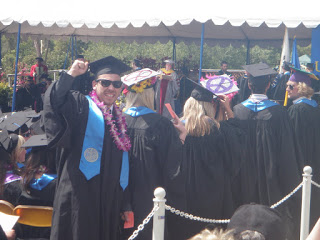 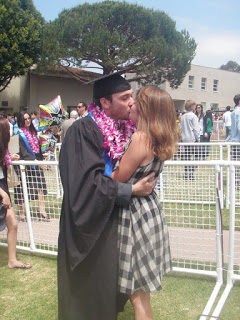 After the ceremony, Kelley and I found Matt and many more tears and hugs and kisses and smiles were shared. But the time was short, because we had to get down to San Diego for another ceremony: Melanie and Tim’s wedding!

Melanie was my roommate in college for three years, and although we haven’t lived in the same city since we graduated in 2006, we’ve remained close. Melanie met her (now husband!) Tim during their freshman year of high school. Melanie asked Tim to the homecoming dance because she thought he was cute, and Tim said he would have to let her know! But that was the moment that sparked it all, and over the past ten years their relationship has grown and flourished, despite attending different schools in cities far from each other for college, and Tim’s near death experience-they made it through it all and only continue to grow stronger.

So that night at the Botanical Gardens in San Diego, a small group of friends and family watched as Mel and Tim walked down the aisle, said their vows, and were forever bonded together in holy matrimony. It was so beautiful to witness this marriage because to me it represents a true testament of love-of finding that person to spend the rest of your life with in “sickness and in health, for richer or poorer, til dead do them apart”. They have already been through more in their first ten years of dating than most people do in over 30 years of marriage, and their love has sustained them through it all. That’s true love-the good, the bad, the messiness of it all. That’s what makes it all worth while. 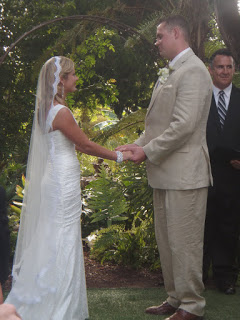 Melanie and Tim saying their vows 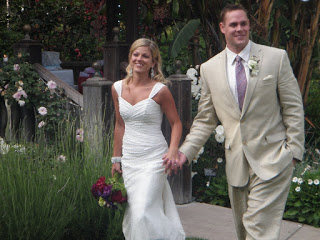 Introducing Mr. and Mrs. Tim Allen!
I returned to Santa Barbara the next day (that’s right, a graduation and a wedding all in the same day!) and threw a party at my house for Matt, Braden and Corie, and all of their family and friends. And as the party was under way I paused for a moment to look out at the crowd who had gathered on my front lawn to celebrate the accomplishments of these three amazing people, and I couldn’t help but feel that I too had found something I’m always looking for-moments of great love that are worth coming together to celebrate.