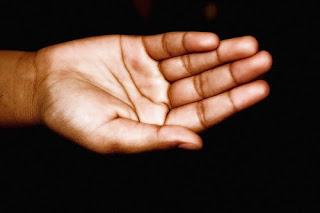 I love NPR. Not only because I think they have amazing programming, but because of the quality of their stories. On no other station have I been exposed to such a vast array of stories with such high quality reporting; stories of war and conflict and government, but also stories of happiness and hope and love. I have to admit that my favorite ones would probably be considered the “smaller” stories, but to me they’re the ones that carry the greatest meaning. Today the story that captured my heart was about a 36-year old man named Reed.

Reed lost his non-profit job near the end of last year and found himself unemployed for the first time in his life. But unlike many others in his position, he decided that beginning on December 15, he was going to give $10 a day to one randomly selected person, then tell their stories on his blog. After listening to his story I immediately went to check out his blog, and I think he summed up the goal of his project perfectly:
“My goal is not to change the lives of those with whom I come in contact. Let’s face it, $10 dollars is not going to change someone’s life in and of itself. I do believe, however, that the act of giving will hopefully inspire others to pursue the ideals that the French philosopher Auguste Comte envisioned when he coined the term “altruism.” Whether that comes in the form of someone who reads this blog and wants to embark on their own Year of Giving or someone who uses the $10 to help someone else out, the specific results are less important than the overall good that we can achieve together.” ~Reed
The act of giving should never be about one’s self-it should be about the other, the receiver. And it’s not about what you give either. There’s a section on Reed’s blog for favorite quotes, and there’s room for people to add their own favorites to the mix. One woman wrote in with an Arab quote:
“If you have much, give of your wealth; if you have little, give of your heart.”
How simple. How beautiful. How so very easy to do. And yet so few of us take the time to give.
On my way home I stopped at a gas station in downtown LA, and a gentleman came up to me and asked if he could wash my windows in exchange for even the smallest amount of change. He needed bus fare to get down to the welfare office. I felt bad because I only had a handful of change, maybe $0.64 total, and my car is admittedly filthy-not exactly an equal trade. But the man, his name is Titus, said that any little bit helps. So we chatted as Titus washed my windows and I waited for my tank to fill. Before parting I gave him a Starbucks gift card along with my change. It wasn’t much, but after all everyone needs a little pick-me-upper from time to time, right? We shook hands and went on our separate ways. Would I have given Titus the money even if I’d never heard the story of Reed’s “Year of Giving”? Probably. But it never hurts to be reminded of how simple an act the act of giving really is, and how great a ripple it creates through the hearts of both giver and receiver.
Check out The Year of Giving blog