~”Pure Imagination” from Willy Wonka and the Chocolate Factory

A couple weeks ago I was having dinner with a friend and I told him about an audio book I was listening to, a biography of C. S. Lewis.
“Wasn’t that guy on a lot of drugs?” he asked.
“No, I think you’re thinking of Lewis Carroll, the guy who wrote ‘Alice in Wonderland’. C. S. Lewis wrote ‘The Chronicles of Narnia’.” I pointed out.
“Right, well both of them must have been on drugs. There’s no way they could have imagined those stories without drugs. There’s just no way.”

I pointed out that neither of these men were under any sort of influence when they conceived of these stories-it was pure imagination. It didn’t matter to my friend that I told him the real stories behind these men and the creation of their stories; he refused to believe that they could have done it without some sort of psychedelic aid. This baffled and bothered me, and I later went to my journal to try to write out why this was so. Why is it that people believe that creative genius’ like that of Carroll and Lewis could only create masterpieces like “Alice in Wonderland” and “The Chronicles of Narnia” with the aid of drugs?

Perhaps some people feel that the only way they can ‘tap into’ or ‘release’ their creative side is by taking drugs. Otherwise their own mind’s own rationality limits their creative impulses. Perhaps the left side of their brain is holding the right side captive, and drugs are the only way they know how to release it. Being a very right-brained person myself, I’ll admit that I don’t know how a person whose life is dominated by the left side of their brain might think, but I’ll at least recognize that our ways of viewing the world will offer different perspectives. While I see magic and adventure, my friend sees rational explanations and linear logic. While different, both perceptions are completely acceptable. Why is it then, that a world viewed through lenses of creativity and whimsy, isn’t viewed as achievable with only the power of one’s imagination?

For those of you who aren’t familiar with how the timeless children’s classics of “Alice in Wonderland” and “The Chronicles of Narnia” came about, I offer you the non-drug-enhanced truth: 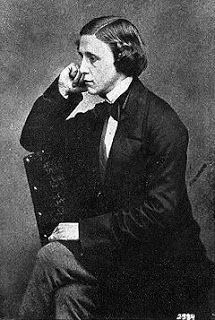 Lewis Carroll (born Charles Lutwidge Dawson)
In college I took a children’s literature class and came to read “Lewis Carroll in Wonderland: The Life and Times of Alice and Her Creator” by Stephanie Lovett Stoffel. Stoffel’s book tells the story of Carroll’s life, and how the story of “Alice in Wonderland” was created. It all started when Henry George Liddell was hired as dean at Christ Church College and Cathedral in 1855, the same year that Carroll began his career as a mathematics professor there. Carroll was fascinated by photography and on April 25, 1856 he was roaming the grounds taking pictures when he met the wife and three daughters of the dean. The youngest daughter, Alice Pleasance Liddell, would later be immortalized as Alice in Wonderland.
Carroll, himself a bachelor, came to spend much of his free time with Liddell’s wife and children. He loved children, and especially enjoyed playing word games, riddles and puzzles with them, as well as photographing them. Having no children of his own, Carroll cherished these times, and he came to form a strong bond with Alice. One of his favorite pastimes was to rent a boat and take the family out on a float down the Thames, then picnic at Nuneham estate, about 5 miles down river from Oxford.
On a beautiful sunny day in June 1862, Carroll had arranged to take the Liddell family on one of these outings. While paddling to their picnic destination Alice demanded that Carroll to tell one of his marvelous stories, and so he began to tell of Alice and her journey down the rabbit hole. This was only one of many tales that Carroll created during these outings, but Alice enjoyed this one so much that she asked him to write it down for her when they returned. And so he did, and thus we have “Alice in Wonderland”. 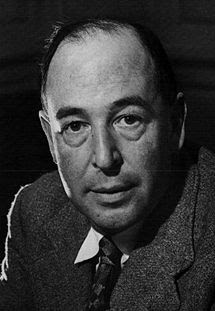 C. S. Lewis (born Clive Staples Lewis, but went by Jack Lewis to friends and family)
Today I finished listening to the audio book, “The Narnian: The Life and Imagination of C. S. Lewis” by Alan Jacobs, a brilliant and insightful look into Lewis’ life and work. A significant amount of attention in this biography is paid to the creation of “The Chronicles of Narnia”. As chair of Medieval literature and fellow at Magdalene College at Cambridge, Lewis spent much of his professional life publishing papers on this subject. As a newly converted Christian later in his life, much of his personal life was spent on writing works such as “Surprised by Joy”, “The Screwtape Letters” and “Mere Christianity”.
Like Carroll, Lewis was a bachelor (until his 60’s when he married Joy Gresham) and never had any children of his own. As a child Lewis loved to read, and especially loved the animal stories of Beatrix Potter. He and his older brother Warnie also created the imaginary world of Boxen, inhabited and run by animals. Carroll was also a great friend of J. R. R. Tolkein’s, and in their writing both men agreed that they enjoyed writing books that they themselves would want to read.
And so later in life, in between 1949 and 1953 Lewis wrote “The Chronicles of Narnia”. Despite his conversion to Christianity, Lewis wrote in one of his journals that “The Lion, the Witch and the Wardrobe” came to him first in a series of images: a faun carrying a package; a white witch on a sledge; a wardrobe in an empty room. From these images Lewis wrote the type of children’s book that he himself would have enjoyed reading as a child. Some people believe that Lewis wrote “The Chronicles of Narnia” as a way to proselytize children to Christianity, with Aslan the Christ-figure at its center. But in fact, the image of Aslan did not come to him until he was half-way done with the first book. And he noted that once the lion entered the picture, the rest of the story fell easily into place. Although the story wasn’t originally intended to be a religious allegory, Lewis allowed the images he saw, and the characters that sprang to life from those images, to tell their own story.
In looking at these men and their stories, I believe that in a way, the waking and uninhibited mind is as powerful a drug the world has ever known. It’s a fact that we only use a very small portion of our minds as it is. There lies so much untapped potential within each of us, that we could spend the rest of our lives lost in the depths of our own minds and imagination, and never run out of things to surprise and astonish us. The imagination is a wild and often unpredictable thing filled with uncharted territory. It is there within each of us, waiting to be explored.