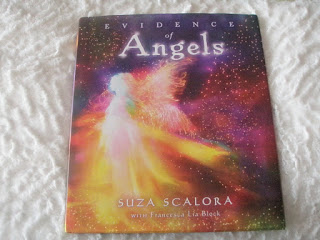 I do love a day with a good, strong theme running through it; weaving itself in and out of my daily happenings like a beautiful spider web. I think every day has a theme (and oftentimes more than one) running through it; it’s just a matter of whether we’re aware of it or not. Most of us aren’t: we go through the quotidian motions in autopilot, oftentimes writing off the tiniest of miracles as mundane. Maybe it’s because I’ve been working on my novel more fastidiously in these past weeks, causing me to see the world around me as an entire network of stories waiting to be told; of themes and characters waiting to be brought to life. A spider weaves its web in the night, nearly invisible to the naked eye, only to be revealed the next morning by tiny beads of dew clinging to each thread; the web is always there, you just have to know how to see it.
These past couple days I’ve noticed that the theme is loss, and yet as I followed the threads to the get a better view, the web that was revealed was actually surprisingly beautiful and fulfilling. A couple days ago I was reading Jane Yolen’s blog and she’d written a touching entry about the 4 year anniversary of her husband’s death. That same day I found out from my mom that one of my dad’s college roommates lost his battle to cancer. I found myself thinking a lot about my loved ones the next couple days, and how I would deal with that loss; I didn’t get far because even the thought was overwhelmingly heavy.
But there was something that Jane Yolen wrote in her blog that stuck with me. She talked about working through the grieving process, and posted one of the many poems she wrote during that period. She posted one titled “Grief is not”, and I found the last stanza to be especially poignant:
Grief is not unwelcome here
for it reminds me of how much I’ve lost,
and how blessed I was
to have so much to lose.
Yesterday afternoon I happened to finish my day near the San Francisco library, so I went in and wrote in my journal for a bit. On my way out I noticed a little cart selling used library books, so I took a moment of course!) to sift through the piles. I ended up choosing to buy 2 children’s books (see pictures below)-one of which was a story of a woman who lost her husband and was able to work through the grieving process by reaching out to her guardian angels. Those angels revealed to her that she’s not alone in her grief and loss-that many others around her share that same burden. And as the author began to share in her grief with those around her, a miraculous thing happened: the weight on her heart lifted and she realized that the beauty of the whole situation was that she even had her husband to lose, and that she was not alone.
I’m not sure why this particular theme of loss has become so prevalent in my life as of late, but I’ll have to agree with Mrs. Yolen that I’m just happy to be aware of how blessed I am to have so much to lose.