I spent this past weekend in Santa Cruz with 8 of my college roommates, a group of girls known as Bramasole (in Italian, “to yearn for the sun”). These women have helped shape me in so many ways, and it’s always amazing to me that despite where we are in life and the world, we are still able to come together and it’s as if no time as passed at all. Yet when I look back on pictures of us from Freshman year through this weekend, it seems to me that time is just flying. Four years of college spent together, learning, growing..and four years after college spent apart, trying to figure out our places in the world. Yet those moments when we come together, no matter what’s happened in between, we’re still those same 10 girls who randomly met during their Freshman year at UCSB, which makes those moments when we’re reunited all the more beautiful and amazing.
But why is it that as we get older, time seems to move faster and faster? I mentioned to one of the girls that I felt like there just wasn’t enough time in each day to accomplish all I wanted to do, and that each year seemed to be moving by more quickly than the last, and she said that she “didn’t really interact with time that way.” I thought about what she said, and wished that I had her wisdom for interacting with time in such a way to make it act more like slow, malleable putty rather than quicksand, but I don’t (not yet anyway). And then I heard an interesting story on NPR that looked at this phenomenon and interestingly enough, it has a lot to do with how we experience things for the first time vs. how we experience things on a daily basis. Turns out that when we experience something for the first time, it feels as though time as slowed, but once we’ve experienced that same moment multiple times, that interaction time appears to pass much more quickly.
Watch this beautiful video of people having novel experiences, and read the NPR story in its entirety.
I feel so blessed to have such beautiful friends to go through life with, and to share in all of my experiences, both novel and quotidian. So here’s to my Bramasole sisters and many, many more years to come! 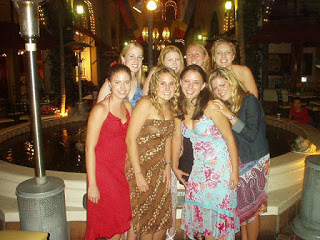 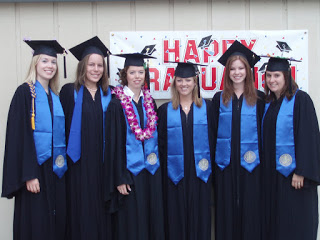 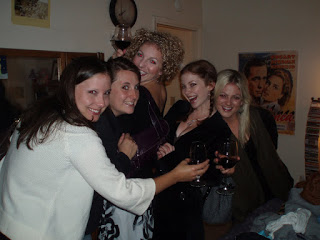 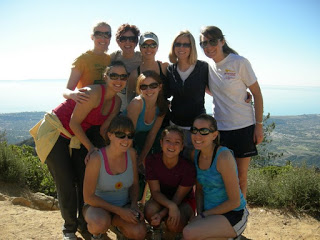 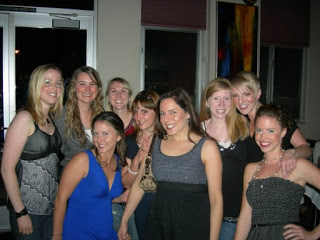 Bramasole Reunion in Santa Cruz at The Blue Dolphin, February 2010.