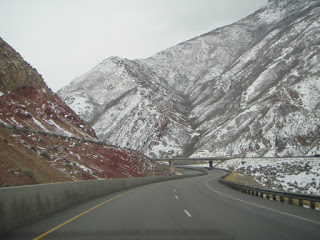 The snow covered mountains as Matt and I drove from Salt Lake City to Park City, Utah. 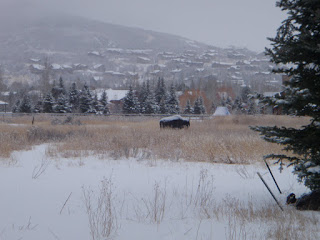 What I thought was a real bison turned out to only be a statue…but a very real looking statue! 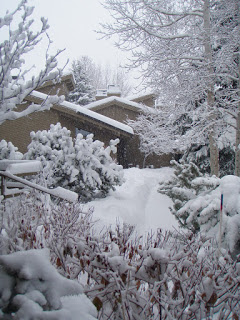 We awoke this morning to white world covered in pristine snow. What a wonderful world. 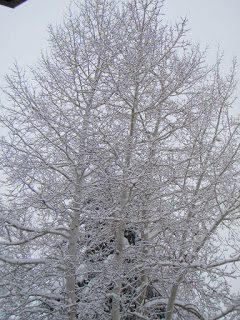