My day today is best told in pictures because most of it was spent reading or writing or in quite contemplation (aka “resting my eyes”). It was a day spent entirely outdoors hopping from park to park in different parts of the city, and I’m happy to report that I now look happily sunkissed! 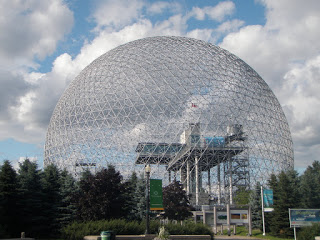 This geodesic dome was designed by Buckminster Fueller for the Worlds Fair held in Montreal in 1967. All of the glass panels were shattered in a fire years ago, so all that’s left is the skeleton now, and the city decided to put an exhibit inside talking about the importance of conservation and the environment of the St. Lawrence river (this dome is on Ile St. Helene, an island in the middle of the St. Lawrence river off the coast of Montreal) 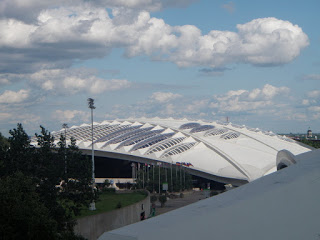 Le Stade Olympique, or Olympic Stadium was built in 1976 for the Summer Olympics…locals have dubbed the Olympic Village “The Big Owe” because the city only just finished paying it all off in 2006!

This is the Olympic Tower, which is actually taller and a greater lean than the Leaning Tower of Pisa! 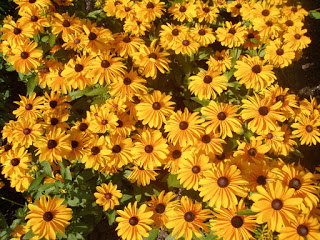 The botanic gardens were amazing…so many beautiful flowers and trees. These ones made me particularly happy! 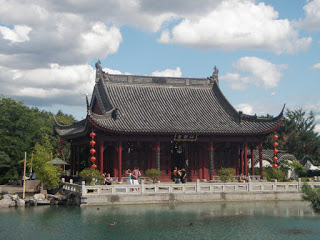 The Chinese part of the gardens…the pond was filled with koi fish!

The Alpine part of the gardens. I spent the better part of the afternoon in these gardens…they’re actually the 2nd largest in the world! There are over 26,000 plant species and more than 30 thematic gardens. They also have one of the largest collections of Bonsai trees. 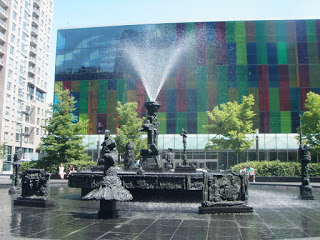 La Fountain Riopolle in the plaza outside the Palais des Congres (where Neil Gaiman will be giving a talk tomorrow…and guess who’s planning to be there in the first row?!)